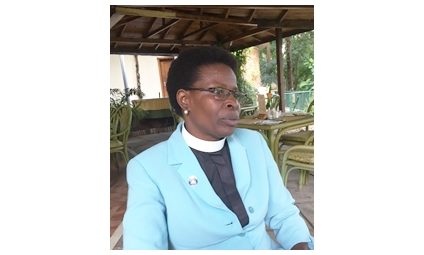 Empowering, Equipping and the Task of Restoration

At the time Mrs. Christina Rees visited Kampala, Uganda, in 2003, I had just worked for a few months as a Political Assistant to one of our Members of Parliament. I left that to work with a Non-Governmental Organization as its Project/Finance Manager. I was involved in mobilizing the community to return to normal life after an unforgettable premeditated inferno by a cultic group (Movement for the Restoration of the Ten Commandments of God) that killed more than 1000 people. The leaders of the cult had convinced people that the world was ending in 2000 with the millennium. When cult’s prophecy failed, they resorted to poisoning those who questioned and demanded restoration of their properties. The rest were sedated in 2001 and set on fire using petrol and other flammable fuels. The majority were women and children, and so as we approached on the task, our focus was how to empower women and educate children.

As I left the city with its wonderful amenities and life for Kanungu, a very remote area in the Southwestern area of Uganda (now internationally known as the home for gorillas), and such a scaring massacre incident, I just had to trust God to lead me to do His will. I felt for the people, and Christ’s compassion drew me from the city to the rural countryside, at a time when everywhere there was fear, shame and great pain. Anyone associated with Kanungu had been stigmatized. People felt they were cursed, useless, abandoned and hopeless. Together with a team of five people we went throughout the district. Since then, the population has grown.

The Program was code-named the Child to Family and Community Development Program (CHIFCOD). We did a lot of focus counseling and interviews to assess how best we could empower the women in particular and get the children into schools. We distributed chicks (poultry), piglets and seedlings (coffee and tea) to all kinds of people, encouraging them to go back to normal life and generate income, but also to consider education for their children. We organized people in focus groups, did workshops, seminars, sports and demonstrations, teaching people skills for survival. We had to draw up a scholarship program for children with the support of churches and local area political leaders. Kanungu District had a woman Executive Head (Governor) which made our work with women easy and well received.

For the three years between 2003 and 2006 when I was engaged with this community, we set up a 3 kilometer piped-water line, planted about 450 acres of tea, established a tertiary institute that currently offers degrees and invested in a microfinance savings credit scheme that is soon to be a bank. I learned the value of discipleship and true faith and trusting God while in Kanungu, without which I am sure few can stand firm in a painful, traumatic and situation like I had to work in, with such a weight of hopelessness. God was preparing me for the future.

The work was so demanding and stressful but I thank God, He rewarded our efforts and used us to restore hope, to preach the Gospel and with it to encourage people to trust God again. He had not abandoned them. The area is now among the fastest growing and developing centers of tourism, trade and evangelism. Because we had to invest all our energy, time and resources in the people, many of us did less on our own health and so in the process, I suffered from Typhoid which led to high levels of fatigue and was put on bed-rest for a month, after which I resigned from the project. Actually the whole team were fatigued and handed over the project to a new fresh team in 2006. I was second to leave.

I left Kanungu and went back to the city of Kampala and started treatment for Typhoid. After treatment I realized I needed time to reflect on what the Lord wanted me to do. Meanwhile I gained more knowledge in computer skills and so went for further studies and did a short course in computer accounting and networking. I also needed to connect back with my classmates who had remained in Kampala and other towns.

More opportunities to serve and study

As I waited on the Lord for what next, my paternal aunt who had not made contact but was then retiring from her long service invited me to Nairobi for a degree course and the Lord led me to undertake a Master of Business Administration (MBA-Finance) in Financial Management at Daystar University Nairobi from 2007-2009. Meanwhile, I was volunteering with a children’s home, Noah’s Ark (home for AIDS/HIV affected children). Fortunately, my Aunt sponsored my whole academic program and I was able to graduate within the appointed time in 2009.

As I came back to Kampala, the call for full time ordained ministry was strong on my heart but I did not know how to start the process. However God had already started it and I was received by All Saints’ Cathedral Kampala where I first worked part-time as a Secretary. Then I was taken on as Personal Secretary to the Provost/Council Secretary. It was a time of reorganizing the Cathedral structure and I got engaged in Cathedral Constitutional review, establishing financial and staff policies and building a new Cathedral (about to be completed). I also acted as Finance and Administration Manager for months until a substantive one was recruited, a process I led successfully. From 2009-2012, God used me in these ways, as well as empowering the Christian women’s fellowship of the Cathedral where I became an active member, while at the same time engaging in Bible Study fellowship with the Navigators of Uganda. I was interviewed and chosen to train for ordination and got a chance to do a degree in Master’s of Divinity sponsored by the Diocese of Kampala and the Uganda Christian University, Mukono. I was therefore prepared for ordination. After my course I worked as Assistant Chaplain for a few months.

I then was transferred to the National Mental Referral Hospital as Assistant Chaplain. This was the most challenging time of my ordained ministry but also enriching for my faith. God gave me two instructions: to pray and to reconcile his people, a job I have been doing joyfully till this year 2018 when I was called to serve with the Archbishop as his Personal Assistant. I thank the Lord for his ways are not our ways. 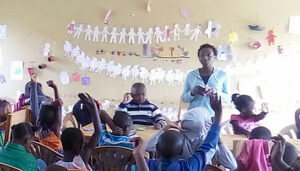 Congratulations to our Chair

This website uses cookies to improve your experience while you navigate through the website. Out of these, the cookies that are categorized as necessary are stored on your browser as they are essential for the working of basic functionalities of the website. We also use third-party cookies that help us analyze and understand how you use this website. These cookies will be stored in your browser only with your consent. You also have the option to opt-out of these cookies. But opting out of some of these cookies may affect your browsing experience.
Necessary Always Enabled

Any cookies that may not be particularly necessary for the website to function and is used specifically to collect user personal data via analytics, ads, other embedded contents are termed as non-necessary cookies. It is mandatory to procure user consent prior to running these cookies on your website.