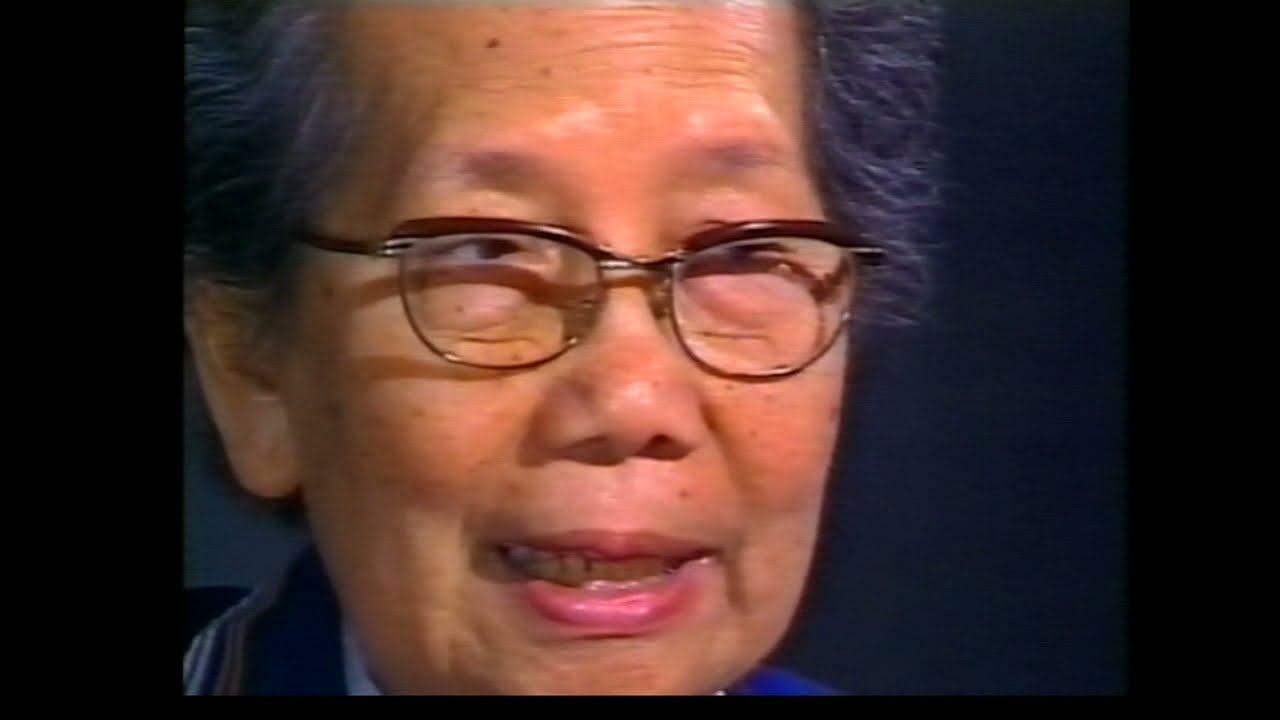 May 1907 Li Tim-Oi’s father called her “Much Beloved” because he valued her as a daughter even if others preferred sons.

When she was baptised as a student, Tim-Oi chose the name ‘Florence’ after Florence Nightingale, the famous 19th century English nurse known as ‘the Lady of the Lamp’. In 1931, at the ordination of a deaconess in Hong Kong Cathedral, she heard and responded to the call to ministry. She took a four-year course at theological college in Canton. She was made Deacon on Ascension Day 1941 and was given charge of the Anglican congregation in the Portuguese colony of Macao, thronged with refugees from war-torn China.

When a priest could no longer travel from Japanese-occupied territory to preside for her at the eucharist, for three years Tim-Oi was licensed to do so as a deacon. Bishop R O Hall of Hong Kong then asked her to meet him in Free China, where on 25th January 1944 he ordained her ‘a priest in the Church of God’. He felt that this was as momentous a step as when the Apostle Peter baptised the Gentile Cornelius. As St Peter recognised that God had already given Cornelius the Baptismal gift of the Spirit, so Bishop Hall was merely confirming that God had already given Tim-Oi the gift of priestly ministry. 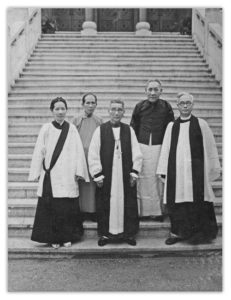 To defuse controversy, in 1946 Tim-Oi surrendered her priest’s licence, but not her Holy Orders, the knowledge of which carried her through Maoist persecution.

She resumed the practice of her priesthood in the Church in China, and in Toronto when she retired in 1981. She was awarded Doctorates of Divinity by General Theological Seminary, New York, and Trinity College, Toronto.

She died on 26 February 1992 in Toronto and is buried there.

‘It Takes ONE Woman’, an 8-page illustrated booklet about the Rev Florence Li Tim-Oi, is available by sending a Stamped Addressed C5 Envelope to The Knowle, Deddington, Banbury OX15 0TB or you can either read it or download a copy here

After Li Tim-Oi died in 1992, Dr Robert Browne interviewed Tim-Oi’s sister Rita, and others who had known her in China and Toronto. He called the video ‘Beyond Hepu

How Li Tim-Oi is commemorated across the world

In the United States of America

On 4th August 2003 in Minneapolis, in the state of Minnesota in the United States, the General Convention of The Episcopal Church agreed to include the Anniversary of the Revd Florence Li Tim-Oi’s priesting in the Church’s Calendar of Lesser Feasts and Fasts, to be observed on 24th January.

St. George’s Episcopal Church, in Dayton, Ohio has chosen Florence Li Tim-Oi as one of two ‘saints’ from the 20th century to honour with a window in their church building. The design (on the right) recalls how she kept the faith in Red China, even when she was ordered to feed chickens and banned from ministering to her fellow Christians.

Li Tim-Oi has been similarly honoured by windows in the Chapel of the Good Shepherd in Chautauqua, New York and in St Paul’s School for Girls in Brocklandville, Maryland. In a frieze at St Gregory of Nyssa Church in San Francisco, she is to be seen dancing with Eleanor Roosevelt.

In June 2004 the General Synod of the Anglican Church of Canada meeting in St Catharine’s Ontario agreed to include the Revd Dr Florence Li Tim-Oi in the Calendar of Holy Persons in their Book of Alternative Services. She is mentioned on the anniversary of her death, 26th February 1992. Li Tim Oi is also honoured in a window in St. Mary’s Kerrisdale, Vancouver.

The Florence Li Tim-Oi Memorial Reading Room and Archives were created by Renison University College, part of the University of Waterloo, Canada.

The four Chinese parishes of the Diocese of Toronto also regularly celebrate the life and accomplishments of the Revd Dr Florence Li Tim-Oi.

On the Golden Jubilee of Li Tim-Oi’s priesting in 1994, Archbishop Donald Coggan launched the Li Tim-Oi Foundation in St Martin-in-the-Fields Church in Trafalgar Square, London. Archbishop Coggan also dedicated a Prayer Board in her memory, which continues to carry the expressions of thanksgiving and the heartfelt requests of many.

On the Diamond Jubilee of her priesting, an icon of Li Tim Oi was dedicated at St Martin-in-the-Fields. It can be seen on the lower level of the church, in the Dick Sheppard Chapel, placed there because of Dick Sheppard’s pioneering support of the ordination of women in the Church of England.

Copies of the icon can be made to order. To enquire, email admin@ltof.org.uk

Following the major development of St Martin-in-the-Fields, a meeting room was named in honour of Li Tim-Oi.  Another meeting room has also been named after her in the new Church Mission Society headquarters in Cowley, Oxford.