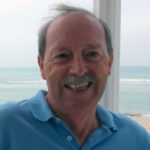 Tom Travers trained as an accountant, working in the private sector in the profession and industry before moving to CDC Group. He was posted to West Papua, Indonesia as finance director of a pioneering agricultural development, then worked on feasibility studies and monitoring and appraisal of investments mainly in Central Africa and Indonesia. Tom became Chief Accountant at Save the Children, and then moved to the NHS in 1990 holding various finance director posts over 16 years. He returned to international charity finance with INTRAC in 2007, firstly as finance director, then treasurer until late 2018. Tom has a mathematics degree and PGCE from the University of London and qualified as a Chartered Accountant with KPMG in 1977. Tom Travers has been the treasurer of the Li Tim-Oi Foundation since 2017.