The Li Tim-Oi Foundation exists to empower Christian women as agents of change within their own cultures. The Foundation provides grants to women candidates in the Majority World to train for Christian mission and ministry, as well as for many other kinds of work, including as adult literacy advisors, community workers, health workers, finance directors and theological educators.

When Florence Li Tim-Oi, a young Chinese Christian woman, wanted to study for the ministry, her family could not afford the cost of the course at Union Theological College in Guangzhou (then Canton). Others provided the resources for her to do so. In her memory, Florence’s sister Rita primed the pump of the Foundation, so that other Christian women in the Majority World could, like Florence, be trained to fulfil their vocations. They call themselves the ‘Daughters of Li Tim-Oi‘.

The Ordination in the Anglican Diocese of Hong Kong and South China took place in the Free China village of Shui Hing during the Sino-Japanese War. It was conducted by Bishop R O Hall in order that Anglican Christians in Tim-Oi’s parish of Macao, the Portuguese island colony, could receive the sacrament of Holy Communion properly authorised.

It was not until 1971, nearly three decades later, that the Anglican Communion agreed that each Province was free to decide for itself on the matter of the ordination of women. It was not until 1994, a further 23 years, that women were allowed to be ordained as priests in the Church of England. In that same year the Li Tim-Oi Foundation was launched. 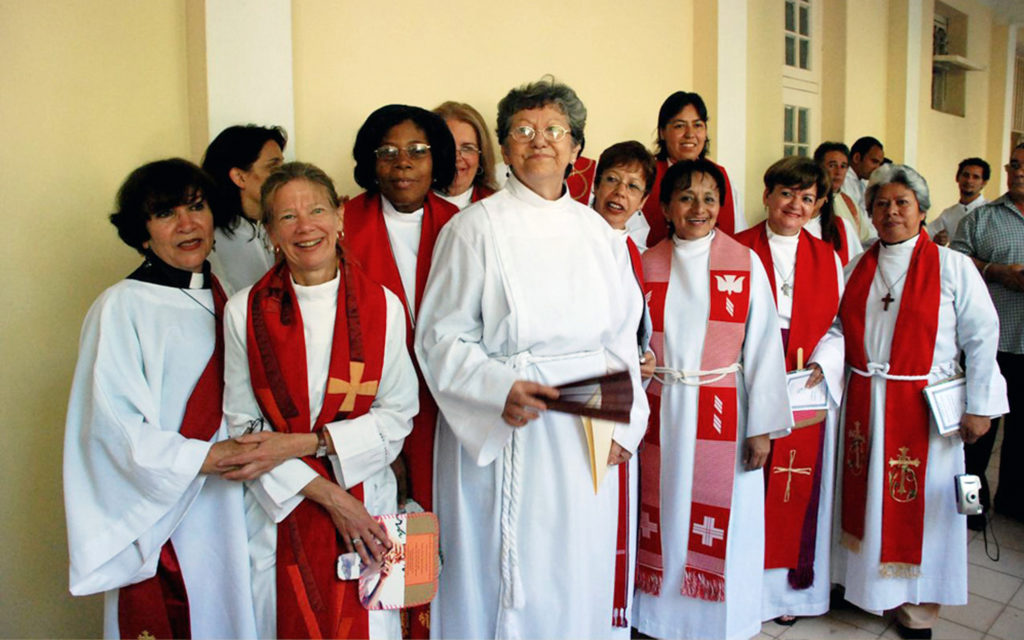 Why the ‘Li Tim-Oi’ Foundation?

The Foundation commemorates the life and ministry of the Revd Dr Florence Li Tim-Oi who was made a ‘Priest in the Church of God’ on 25th January 1944. This made her the first woman to be ordained within the Anglican Communion.

On the Golden Jubilee of Li Tim-Oi’s priesting, the then Archbishop of Canterbury, Donald Coggan, launched the Li Tim-Oi Foundation in St Martin-in-the-Fields Church, in Trafalgar Square, London.

Since then, the Foundation has given grants to more than 450 women from 124 dioceses in 14 provinces of the Anglican Communion, including Africa, Brazil, Fiji, India and Pakistan.

Without the support of the Foundation, they would not have been able to fulfil their vocations to take on these and other leadership roles.

If you would like to support the work of the Foundation, donate here. 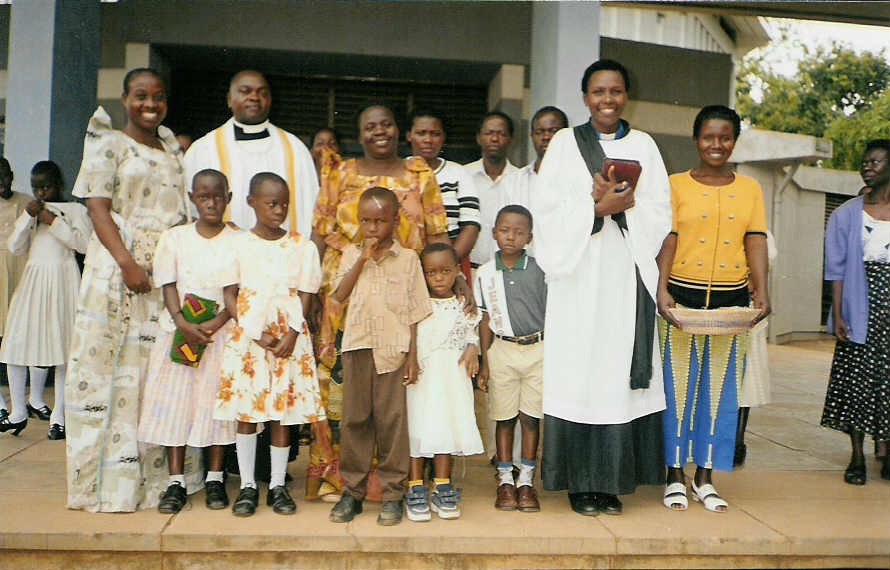 Recently the Li Tim Oi Foundation realised it needed to revise its original guidelines, first created 25 years ago, in order to meet the needs of women today. We only make grants to women in the majority world, also known as the Two-Thirds World, because women and girls are still subjected to discrimination and prejudice in many cultures and are rarely offered the same educational opportunities as boys and men.

We give grants to women who are members of an Anglican Church, or of a church in communion with the worldwide Anglican Church. Although there are, of course, women in every Christian denomination who need support for training, we believe we first need to empower women in our own Communion. We recognise that the women themselves often go on to encourage and influence women from other churches and other faiths, but we remain committed to ending gender disparity and discrimination across the Anglican Communion.

We require the commitment of the Bishop of the diocese in which a woman will be employed. This is to encourage Anglican dioceses to recognise the gifts and equal status of women in the Church and in society. We expect the women to be appointed to positions of leadership, where they will have a significant role in the life of the diocese. We have a wealth of evidence that these women are having a profound impact on their churches and culture, and that they are helping to bring about an end to damaging practices and traditions. For example, the women go on speak out against domestic violence, female genital mutilation, unhealthy sexual behaviour and other harmful and destructive practices. By their teaching and leadership, the women are changing, and saving, many lives.

Our grants are normally for vocational training, but in exceptional circumstances we have decided to give grants for women to undertake further academic qualifications. In these instances, it may be more appropriate to seek the endorsement of an academic sponsor, rather than a woman’s bishop. In many countries, both in the church and in secular posts, women increasingly fall behind their male colleagues as they are overlooked for opportunities for further training and development.

Having agreed an initial grant, and subject to satisfactory progress reports, we are committed to making repeat grants on an annual basis until the course is completed. Our normal grant is for up to £1200 a year and is paid direct to the training institution. If our grant does not cover the full cost of a course, we aim to ensure that a student is able to make up the rest of the cost of the course, so that she does not have to drop out of the course for lack of funds.

We believe that training which is provided in the student’s own geographical context will be most appropriate for her needs and the needs of the church in her area. We have decided, however, that very occasionally we will consider giving a grant for a woman to study abroad.

We are interested in not only supporting individual women, but also in working in partnership with other organisations or institutions, in order to ensure that the women are given the most appropriate, effective and timely training. We are always interested in hearing from anyone who may wish to suggest a woman for training or who may wish to discuss how the Li Tim Oi Foundation might work in partnership with other groups in order to enable women to receive training. If you know someone who would benefit from a grant from the Foundation, or if you would like to discuss any ideas for ways of working in partnership with the Li Tim-Oi Foundation, please email the Executive Secretary: admin@ltof.og.uk 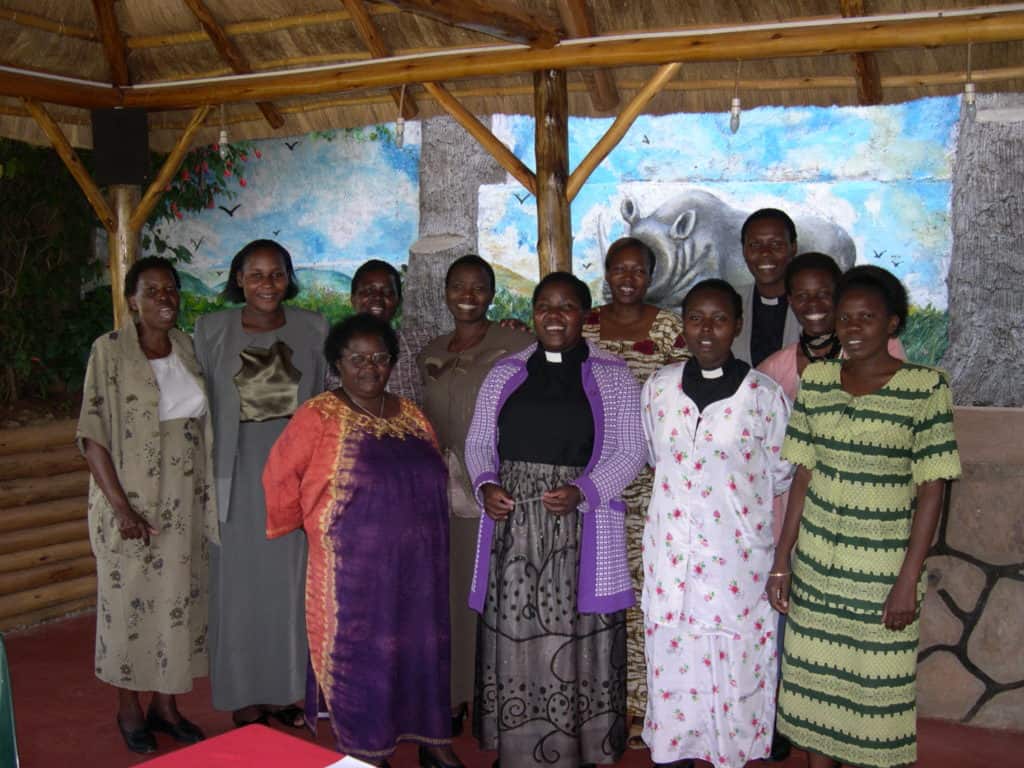